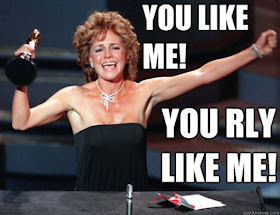 Inspired by my mate Bob From Brockley, here are my top posts from this year (or rather half year, as I only restarted blogging at the end of June).

Most of my writing or reblogging concerns Ukraine and Russia, such as my last reblog of Ukrainian leftie opinion on the, now banned, Ukrainian Communist Party, and only gets a few hundred views. This doesn't bother me as, for me, the point is to get stories from Russia and Ukraine more widely known, and I can see from retweets and other sources that those less well covered stories, such as about the left in those countries, do get an wider circulation via this blog. So is all good!

To answer a question I've been asked several times - why Ukraine? Well, I got inspired by the 'Revolution of Dignity', as it is now known, when it started in late 2013. Thanks to the internet it could be watched practically live. The participants I followed were not the 'fascists' that Russian war propaganda and its Western idiots have since tried to paint them as. Most of them were like the journalist Maxim Eristavi, who I covered last month: ordinary people horrified by the state's violent response to the protest of real grievances, in particular the theft of state resources on an almost unparalleled scale. Simply put, I found them inspirational and still do.